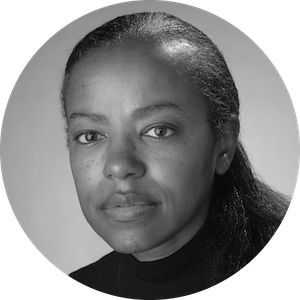 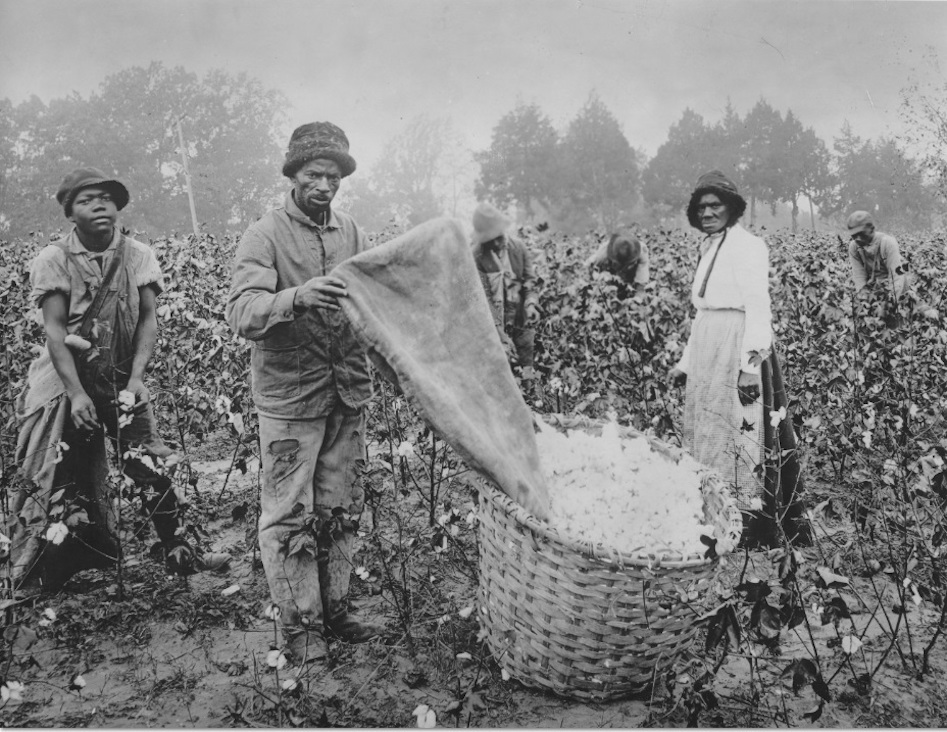 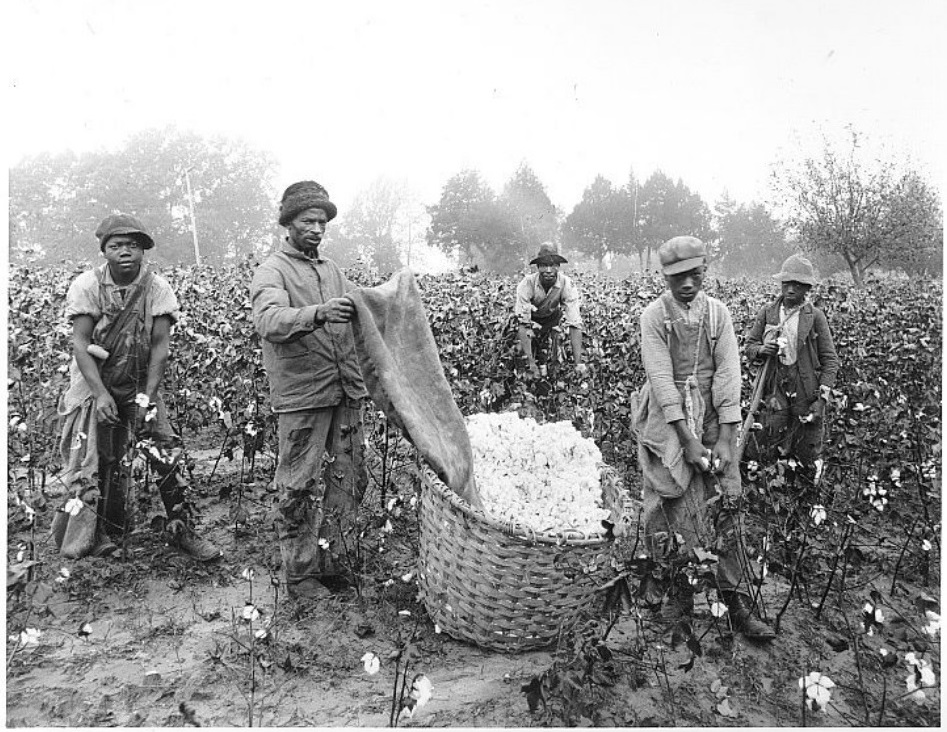 Huestis Cook’s photograph contributes to popular imagery of Black people picking cotton - chief among America’s “slave crops.” It thus reinforces a commonplace association between field labor and Black subservience. Yet, the picture’s production and circulation signal the unwieldy process of representing this connection as a natural and enduring feature of the South’s rural landscape.

The genial countenance of the cotton picker on the left side of the frame orients viewers to the idea that the work was an accepted routine of everyday life even for Black youth. The three male figures in the rear, with largely obscured faces, blend into the vegetation, their bodies only partially distinguishable from the cotton stalks. The hazy background of trees veiled in mist lends a picturesque aura to the photograph’s composition. The beauty of the setting blurs the correlation between fog and the damp morning chill that started the workday. It potentially obscures the simple fact that the field’s flora is a cultivated crop that has been imposed on a natural landscape. It exists to be harvested by landless sharecroppers, poor tenant farmers, and day laborers.

The hostile visages of the man and woman in the picture’s foreground disrupt the pastoral scene. They undermine its capacity to be pretty. A second view of the site suggests that Cook enlisted the subjects’ cooperation in creating an image that might better reflect Jim Crow aesthetics by showing Black workers whose expressions betrayed no discomfort with menial occupations. The woman is inexplicably absent from the new photograph. Two young boys, who were originally in the rear, appear in the foreground, and everyone looks at the camera instead of focusing on their tasks. The taller young boy on the right gives a wary look; the smaller one appears annoyed. The man holding the empty cotton sack remains at the center looking less angry, but he seems disgruntled nonetheless.

The fate of the second photo is unclear; perhaps it looks too contrived. However, the initial work enjoyed an extensive afterlife. While not ideal, angry Black faces could not thwart Jim Crow’s cultural power, which could register exploitation as normalcy. Even if facial expressions failed to show contentment, the postures of cotton picking were sound indicators of Black subordination. The picture presents a landscape of southern Black labor, which, at the end of the nineteenth century, primarily consisted of sharecroppers and tenant farmers.

The photograph’s circulation illuminates the spatial politics that inform its significance. It extended well beyond the inventory of 10,000 items in the Virginia-based Cook Collection of southern photography - holdings created and amassed by Huestis Cook and his father and brother. Its dissemination offers a glimpse into how visual artifacts aestheticized and thereby normalized images of work that grounded racialized economic inequities.

Verso stamps and descriptions indicate that the picture made its way through international networks. The first likely distributor was the British company, Exclusive News Agency, which, by the 1890s, was disseminating items from its art department in Roehampton, UK. Thereafter, Publishers Photo Service, a New York outfit established in 1917, circulated the picture. One or both of the two businesses identified the image using a generic descriptor, “Negroes picking cotton on a plantation.” Labor apparently trumped the location, and the scale of the site mattered. When the first United States news photo service, Underwood & Underwood, acquired the holdings of Publishers Photo Service, the description changed. As if to establish the scene’s connection to slavery in a different way, the company labeled the item “U.S.A. Georgia - A cotton field.” Although this caption reduces the size of the worksite, it locates it in a region critical to the southern Cotton Kingdom that fostered the spread of antebellum slavery. Perhaps it would have been redundant to indicate that the document depicts Black people working.

An undated picture postcard targeting individual purchasers contains the only location reference that corresponds to archival records. The cover caption reads, “Picking Cotton Near Suffolk VA.” In contrast to the firms marketing to international media outlets, the postcard publisher likely envisioned an audience that was familiar with Virginia locales and had no stake in making depictions of cotton pickers adhere to the familiar narrative of southern agriculture that distinguished Virginia for tobacco cultivation, not cotton.

Ultimately, whether marketed through media outlets or directly to individuals, the photograph promised to meet or inspire consumer demand for an opportunity to observe Black people engaged in menial manual labor. The picture’s creation and circulation show photography as part of the apparatus that modernized imagery of Black work that evolved with slavery. In the decades after emancipation, views of field labor helped document the fact that Black southerners - the majority of the Black American population - continued to cultivate agricultural lands that they did not own or control. Such scenes offer visual evidence that unnatural hierarchies of the established social landscape endured.

Lawrence Kocher and Howard Dearstyne, Shadows in Silver: A Record of Virginia 1850-1900 in Contemporary Photographs taken by George and Huestis Cool with Additions from the Cook Collection. NY: Charles Scribner’s Sons, 1954