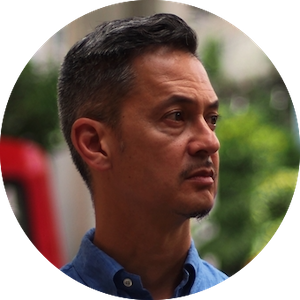 My first scholarly monograph, which is based on over a decade of archival and field research, extends the conversation on Buddhist landscapes and mnemoscapes undertaken in religious studies, cultural geography, and cultural history by scholars like Anne Blackburn, James Duncan, and Maurizio Peleggi into the realm of modern architectural and urban history. It examines narratives and images of utopia and the felicitous realms of the Pali imaginaire that developed in the Thai capital, Bangkok from 1910 until 1973.1 Bangkok Utopia: Modern Architecture and Buddhist Felicities, 1910-1973, draws on over a decade of archival research and will be published by the University of Hawai’i Press’ Spatial Habitus series. The book follows a loose chronology from early 20th-century absolutism, through the paradoxical rise of constitutional democracy and military dictatorship in the mid-20th-century, to the emergence of a regime of “development” in the post-war period. Together, these three parts mirror the trajectory of ideas in the architect’s studio, from their conceptualization as drawings, models, and plans to their material realization in steel, concrete, and glass, to the ways they sit within larger urban, national, and global networks and ultimately engage with their users.

“Utopia” is a word not often associated with the city of Bangkok, which is better known for its disorderly sprawl, overburdened roads, and stifling levels of pollution. Yet as early as 1782, when the city was officially founded on the banks of the Chao Phraya river as the home of the Chakri dynasty, its orientation was based on material and rhetorical considerations that alluded to ideal times and spaces. The construction of palaces, monastic complexes, walls, forts, and canals created a defensive network while symbolically locating the terrestrial realm of the king within the Theravada Buddhist cosmos. Into the twentieth century, pictorial, narrative, and built representations of utopia were critical to Bangkok’s transformation into a national capital and commercial entrepôt. But as older representations of the universe encountered modern architecture, building technologies, and urban planning, new images of an ideal society attempted to reconcile urban-based understandings of Buddhist liberation and felicitous states like nirvana with worldly models of political community like the nation-state.2

Bangkok Utopia outlines an alternative genealogy of both utopia and modernism in a part of the world that has often been overlooked by researchers of both. It examines representations of utopia that developed in the city—as expressed in built forms as well as architectural drawings, building manuals, novels, poetry, and ecclesiastical murals—from its first general strike of migrant laborers in 1910 to the overthrow of the military dictatorship in 1973. Using Thai- and Chinese-language archival sources, the book demonstrates how the new spaces of the city became arenas for modern subject formation, utopian desires, political hegemony, and social unrest, arguing that the modern city was a space of antinomy—one able not only to sustain heterogeneous temporalities, but also to support conflicting world views within the urban landscape. By underscoring the paradoxical character of utopias and their formal narrative expressions of both hope and hegemony, Bangkok Utopia provides an innovative way to conceptualize the uneven economic development and fractured political conditions of contemporary global cities.

Aims, theoretical framework, and methodology of the project

Although utopian strivings propelled industrial modernization and urbanization, little attention has been paid to constructions of utopia outside of Europe and the United States. This historical study moves beyond an understanding of modernism as a condition produced in the industrialized centers of central Europe that diffused into the peripheral corners of the globe and considers how unequal power relations and access to materials, technology, and labor have shaped historical constructions of modernism in world architecture. By examining the truth-claims, knowledge production, and built forms of a nation that struggled to assert a modern, sovereign identity, Bangkok Utopia demonstrates that modernism was produced through a trans-regional encounter between multiple visions of an urban future.

The book draws on a diverse theoretical framework that brings together discussions of utopia’s import on the production of capitalist modernity with analytical studies on the formation of national communities. It considers architecture to include not only buildings but their mediated experience and examines both the material and rhetorical characteristics of the built environment. Expanding the definition of architecture to include landscape, building manuals, graffiti, modes of representation, and the recorded phenomenological experience of the built environment demands an architectural history that can examine not only the historical production of space but the social relations within it. Historians have long pointed out architecture’s coercive political qualities.3 However, the politics of architecture cannot be reduced to partisan ideologies. Architecture’s utopian ideology operates independently of the ways that political actors have historically sought to employ buildings as tools. Its discursive embellishments are integrated with its material qualities and are more than merely an ornate camouflage for functional shelters.

In order to examine the links between the material and rhetorical aspects of architecture and the built landscape, this study deploys an “urban humanities” approach. “Urban humanities” is a critical interdisciplinary research methodology for scholars of the built environment that combines the analytical and illustrative tools of the design professions with humanities-based modes of historical and literary inquiry in order to reveal parameters of the lived experience of urban space.4 Recently, architectural historians like Swati Chattopadhyay and Max Hirsh have used urban humanities methodologies to examine the experiential qualities of infrastructure space by bringing the intentions of designers and planners into dialog with the spatial practices of its users.5 This study builds on their work by reading architectural representations of urban space against literary representations of the city in order to develop a deeper understanding of architecture’s narrative qualities in the 20th century.

This study draws on archival and field research completed in multiple state and private archives in Thailand in order to better understand architectural and urban narratives. The primary, material archive consists of the buildings themselves. These range from leisure gardens and royal palaces to reliquary stupas in monastic complexes to cinemas and stadia. Many of these case studies, like the stadium and the hotel, will be familiar to scholars of architecture working in other parts of the world. Others, like the funeral pyre or phra merumat are unique to Southeast Asia. Field research at these sites is able to reveal what an image often cannot: how the building is deployed in its material context. The book also draws on secondary, rhetorical archives that include architectural images (plans, sections, elevations, diagrams, and photographs as well as illustrated manuscripts, building manuals, and architectural models) and literary representations (poems, novels, and memoirs as well as proposals, correspondence, funerary volumes, and codes). These secondary archives, primarily in Thai and Chinese, reveal what the primary archive cannot: how architecture has been deployed rhetorically in the cultural landscape.

The story of modern architecture emerged and evolved over the course of the 20th century as a series of incidents that became historical events by means of a narrative told primarily by European architects and scripted in a series of publications.6 Just as structures that are particular to Thailand, like the phra merumat, expand modern architecture’s typological repertoire beyond the factories and housing of this received narratives, the rich idiosyncracies of Thai-language literature open up our understanding of modernity and the way it has been recorded in architectural history. The three genres of Thai historical writing—tamnan, phongsawadan, and prawatisat—reflect the ways the past was understood as continuous with the modern present in 19th- and 20th-century Bangkok. The tamnan were pre-historical narratives that placed Thai polities within the larger world of Buddhism. The phongsawadan chronicled dynastic accomplishments and emphasized the place of the Thai within a world of kingdoms. The 19th- and 20th-century prawatisat narrative tradition sought to place Siam and later Thailand as a nation-state among other nation-states. The new historical modality, however, was conditioned by earlier spatial and temporal views. This produced what historian Thongchai Winchakul has called, “a historiography that was modern in character but based upon traditional perceptions of the past and traditional materials.”7 The cosmological landscape of the tamnan informed the phongsawadan and the prawatisat. Even if the time represented by deities and sages or the Buddha himself was different from the time of monarchs who appear on a historical timeline, they can be understood, as Buddhist studies scholar Donald K. Swearer has suggested, as representing equal parts of a single story in which the divine, demonic, and human interacted on a single stage.8 Sacred cities appear within these histories as particular episodes within an integrated cosmic, natural, geographic, religio-historical narrative structure. Following Swearer, this book narrates a history of Buddhist modernism in 20th-century Bangkok as a “unitary history that has different chapters composed of various episodes.”9


1. The currently reigning dynasty was founded in 1782 in Bangkok. The country they ruled over was known as Siam before the name of the country was officially changed to Thailand in 1939. The term “Siam” had been used in various forms by neighboring polities since the 13th century but was not employed by the court in Bangkok until the 19th century.↩
2. This interplay of the residues of Buddhist culture, news of contemporary economic, political, and social change, and speculative narratives about the future can be traced back to the beginnings of print-capitalism in 19th-century Bangkok. Early Thai-language newspapers published Buddhist jataka tales alongside news of the outside world and invited readers to submit “solutions” to hypothetical “problems” from everyday life. See, Sudara Seriwat, Wiwathanakam khong ruang san nai muang thai tangtae raek jon pho so 2475 (“Evolution of Thai Short Stories from the Beginning until 1932CE”) (Bangkok: Ministry of Education, 1977).↩
3. John Ruskin, Seven Lamps of Architecture (London: Smith, Elder and Co., 1849), Introduction and Chapter One; Mom Chao Ithithepsan Kridakorn, Ruang kio kap sathapatayakam (“On Architecture”) (Bangkok: Krom Silpakon, 1935), p. 5.↩
4. Anthony Cascardi and Michael Dear, “What is Urban Humanities,” Boom: A Journal of California (Fall 2016), 7.↩
5. Max Hirsh, Airport Urbanism: Infrastructure and Mobility in Asia (Minneapolis: University of Minnesota, 2016), 11. Swati Chattopadhyay, Unlearning the City: Infrastructure in a New Optical Field (Minneapolis: University of Minnesota, 2012), ix-xviii.↩
6. Christian F. Otto has noted that the recording of architects’ conversations of the 1920s into a series of publications began with Adolf Bruno Behne’s Der moderne Zweckbau (1926) and continued with texts such as Gustav Adolf Platz’s Die Baukunst der neuen Zeit (1927), Sigfried Giedion’s Bauen in Frankreich: Eisen, Eisenbeton (1928), and Henry Russel Hitchock’s Modern Architecture: Romanticism and Reintegration (1929); “Program and Programs,” in Dana Arnold, Elvan Altan Ergut, and Belgini Turan Özkaya, editors, Rethinking Architectural Historiography (London and New York: Routledge, 2006), 56, 59fn.↩
7. Thongchai Winichakul, “The Changing Landscape of the Past: New Histories in Thailand Since 1973," Journal of Southeast Asian Studies 26, 1 (March 1995), 99.↩
8. Donald K. Swearer, “The Northern Thai City as a Sacred Center,” The City as a Sacred Center: Essays on Six Asian Contexts (Leiden: Brill, 1987), 104.↩
9. Donald K. Swearer, “The Northern Thai City as a Sacred Center,” Ibid., 104.↩