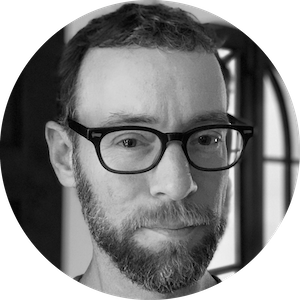 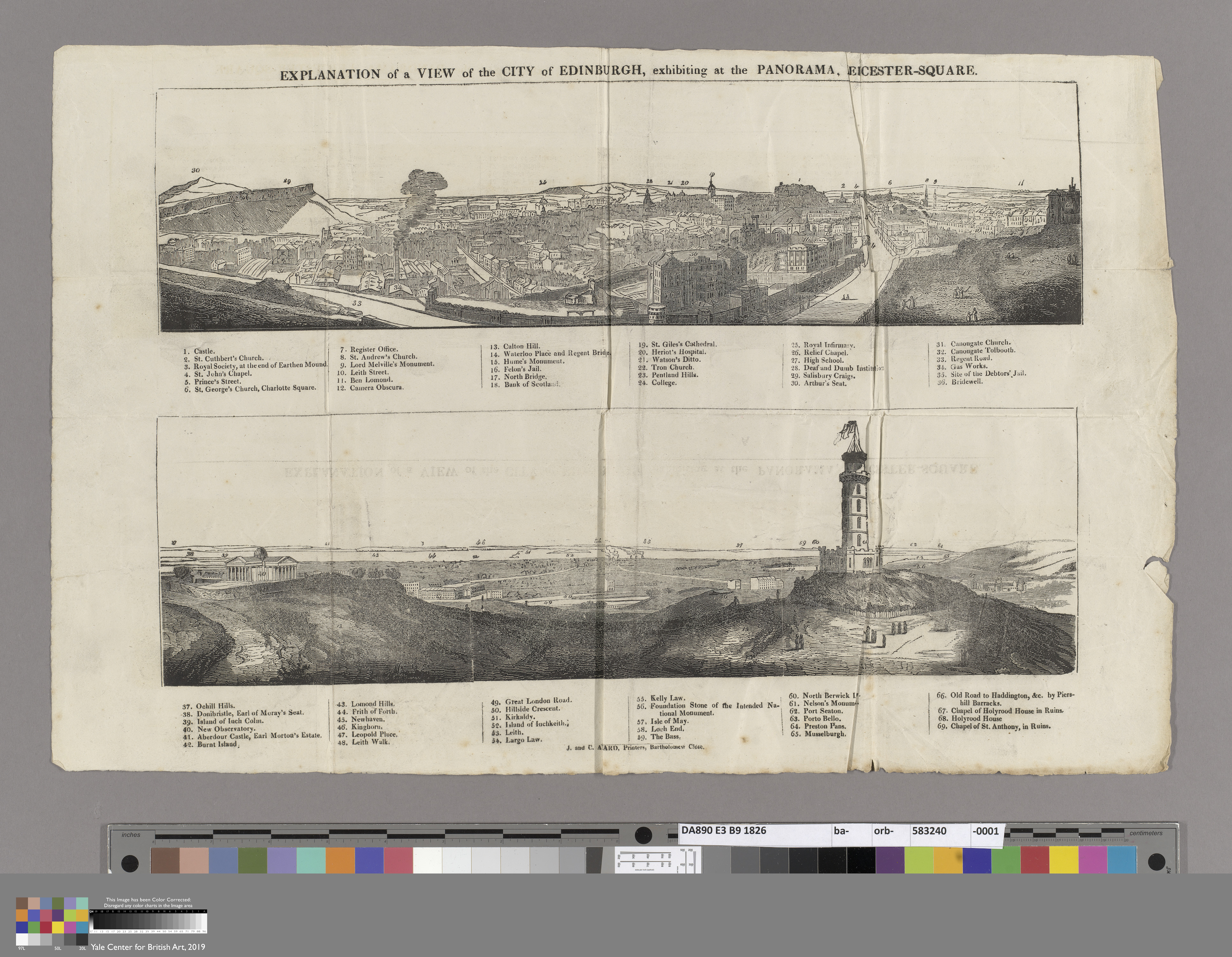 John Burford, panorama from Description of a View of the City of Edinburgh and Surrounding Country: Now Exhibiting in the Panorama, Leicester-Square, J. and C. Adlard, 1826, wood engraving. Courtesy of the Yale Center for British Art, Paul Mellon Collection.

New media for representing landscapes—and landscape as a medium itself—are integral to two of the three case studies that compose my forthcoming book, Romantic Capabilities: Blake, Scott, Austen, and the New Messages of Old Media (Oxford University Press, 2020). In fact, the book’s main title is a reference to the nickname of eighteenth–century Britain’s most famous landscape designer, Lancelot “Capability” Brown. Brown’s transformations of the landscapes of English estates had plenty of deleterious social and political effects, contributing to the destruction of traditional agrarian ways of life and the disruption of local ecosystems. Yet his purported habit of looking at an English landowner’s grounds and speaking of the “capabilities” that existed there inaugurated a philosophically radical view of reality as something comprised in part of potentials that can be activated differently (or left latent) by the technologies and media we bring to bear on them.

My book wagers that when a population emerges of similar new media uses of a particular literary text, then this population—this new media behaviour—often amounts to a response to some way the text was already about medium. In other words, the new medial capabilities of a text can both activate and suddenly make visible how the text registers fascination and frustration with its own mediacy. For example, one of the book’s case–studies traces how the nineteenth century’s two most significant immersive media for representing landscapes—the 360–degree surround painting format known as “panoramas” and 3–D stereoscopic photographs—comment on and draw attention to their differences as media through how differently they reference landscape descriptions in Walter Scott’s novels and poems. But the case study also tries to show, in turn, how the medial differences between these two immersive media suddenly make visible in retrospect what was so aesthetically and philosophically novel about Scott’s own efforts to mediate landscape in print. Likewise, another of the book’s case–studies shows how fanfictions built around Jane Austen’s characters and plots collectively make apparent that fanfiction is a design medium, which in turn allows us to begin to unpack how Austen herself understood the novel as a design medium. There are specific and distinctive rhetorical overlaps between how eighteenth–century landscape gardeners spoke of the capabilities of landscape and how a novel like Austen’s Mansfield Park (a novel in part about landscape design) speaks of the potentials of character and plot. Austen, I argue, shared Capability Brown’s ecological view of reality as a system that possesses capabilities, even if they are never activated or actualized. In fact, I conclude that Austenian realism is a kind of formal response to the medial problem of how to represent a landscape capable of many system states and subject to the handiwork of many designing individuals.

Roelandt Savery’s Birds and Beasts by a Stream (1636)