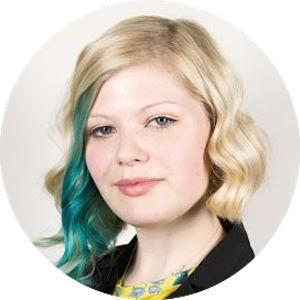 Established in the early seventeenth-century Netherlands, still life became an independent genre of painting. Originally, religion shaped the subject matter, such as the representation of the Virgin Mary’s purity in vases of flowers. However, Rachel Ruysch (Dutch 1664/1665-1750) looked to science rather than religion to inspire her Floral Still-Life (1686).1 Ruysch was the daughter of renowned botanist, physician, and anatomist, Dr. Frederick Ruysch (1638-1731). It is likely that her father’s research activities, in addition to his famed botanical gardens, inspired the artist’s work. Ruysch’s interest in science is evident in her paintings, as indicated by the frequent motifs of frogs, snails, snakes, cricket, butterfly, and flora. Ruysch also found influence in the work still-life painter, Otto Marseus van Schrieck (1619-1678), who is known for his representations of the forest-floor. While Ruysch’s still lifes seem true to nature, they are actually artificial. They draw from individual studies and the work of other painters, rather than direct observation.

Ruysch’s compositions may present the theatrics of nature in an authentic context but they depict an altered reality. Art historian, Marianne Berardi, interprets the still life through the metaphor of scientific specimens. During the seventeenth century, Dr. Ruysch’s samples were not placed in sterile displays but in fanciful ones, often arranged with a romantic narrative or decoration rather than scientific objectivity.2 In a similar interpretation, Berardi considers Ruysch’s Floral Still-Life to represent preserved botanical and zoological objects within the container of a landscape.3 The water, rocks, and ground all serve as framing devices for the specimens within. Botanist and art historian Sam Segal similarly views the purpose of still life to “depict reality in an imaginary setting.”4

Berardi offers an insightful metaphor, but the inclusion of flowers that bloom in different seasons subverts her interpretation. The botanically impossible bouquet in Ruysch’s Floral Still-Life consists of a white rose, cabbage rose, poppy anemone, morning glory, and white lily. While the flora depicted look natural, they represent an altered reality. Most of the flowers in the composition are foreign to Holland.5 Berardi also notes that lilies do not typically grow from elder trees just as the improbable collection of flowers do not bloom simultaneously.6 She believes that the composition refers directly to Flowers and Amphibians near a Pool of Water (1660) by Abraham Mignon (Dutch 1640-1679).7 Ruysch repeats the right side of Mignon’s composition, selectively copying what interests her most, like the oversized elder tree in decay. The truth of composition is that it is not looking to create a natural world, but something artistically produced.

The interaction of creatures further demonstrates the purely inventive nature of the landscape. Ruysch’s knowledge of Van Schrieck’s paintings connects her art to his manipulations of nature, in which the specimens demonstrate abnormal behaviors. Sam Segal wrote that “snakes do not normally hunt lizards,” “nor do lizards hunt butterflies,” noting the unusual conduct present in Van Schrieck’s artwork.8 However, this is contrary to the physical world, where a snake could not be bothered to prey on a butterfly. Ruysch’s painting mirrors similar qualities, such as the frog leaping at a lizard, almost in battle, in the lower right of the composition. The impact of science influences the accuracy of objects shown but does not echo reality in any form.


1. Sam Segal, Flowers and Nature: Netherlandish Flower Painting of Four Centuries, (The Hague: SDU Publishers, 1990), 19.↩
2. Berardi describes the “romantic” narrative of a specimen of a hydrocephalic child sitting on a cushion, with a placenta in its hand. Marianne Berardi, "The Nature Pieces of Rachel Ruysch," Porticus, v. 10/11 (1987/1988): 7.↩
3. Berardi, 7.↩
4. Sam Segal, A Flowery Past: A Survey of Dutch and Flemish Flower Painting from 1600 until the Present, (Amsterdam: Gallery P. de Boer, 1982) 5.↩
5. Indigenous to Holland are the spring pea, spiked speedwell, red campion, cranesbill, and water avens; Segal (1990), 239.↩
6. Berardi describes these unnatural depictions as artistic liberties in the interest of theatrical impact. She also lists that cultivated flowers cannot grow and glow in the woods and the brown frog has not been recognized as a fire-spitting amphibian. Berardi, 3.↩
7. Berardi, 8.↩
8. Berardi, 286; Segal (1990), 227.↩