Roelandt Savery’s Birds and Beasts by a Stream (1636) 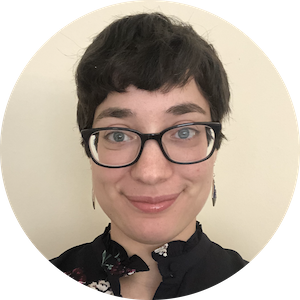 Roelandt Savery was born in 1578, in Courtrai, located in the Southern Low Countries. Courtrai fell to the Spanish in 1580 and Roelandt Savery and his family were forced to evacuate north to the Dutch Republic. The family settled in Haarlem. By the late 1580s, Roelandt and one of his older brothers, Jacques (Jacob, 1565-1603) had moved to Amsterdam. Roelandt learned to paint from his brother who was a painter, draftsman, miniaturist, and engraver. Jacques himself likely trained under Hans Bol (1534-1593), a Flemish artist.

Shortly after Jacques’ death from the plague in 1603, Roelandt left Amsterdam and migrated to Prague where he worked as a landscape painter for Emperor Rudolf II (1552-1612), Holy Roman Emperor and King of Hungary and Bohemia. Rudolf II was renowned for his extensive menageries. From 1606 to 1607, Roelandt was sent to the Tyrolean Alps to document their beauty. The artist’s travels in the Alps exerted a significant influence on the artist, such that many of his extant paintings are Alpine landscapes. Furthermore, Roelandt’s access to the emperor’s menageries explains the abundance of exotic animals in his paintings. Roelandt also worked for the emperor’s successor, Matthias (1557-1619). By 1616, Savery had returned to Amsterdam and, after the death of his sister-in-law, the artist settled in Utrecht to take care of his older brother’s orphaned children.

Savery, along with Jan Brueghel the Elder (1568-1625), was a pioneer of exotic animal paintings, a genre which was in its infancy at the turn of the century. Savery in particular was one of the first Dutch artists to depict landscapes that focused solely on animals as subjects. The artist drew inspiration from the Bohemian scenery and the foreign animals in Rudolf's famed menageries to paint his exotic landscapes. Upon his return to the Dutch Republic, Savery used his sketches and paintings from his years abroad to continue producing his Alpine landscapes. Thus, paintings like Birds and Beasts by a Stream, made after his return to Utretcht, are reworkings of previous works and sketches. The artist became popular and successful after his return, to the extent that he was even commissioned by the city of Utretch to paint a landscape for the wife of the Prince of Orange, Amalia von Solms (1602-1675). Savery himself trained such artists as Willem van Nieuwlandt II (1584-1635/1636), Allart van Everdingen (1621-1675), and Gillis d’Hondecoeter (c. 1575-1638). The artist biographer, Arnold Houbraken (1660-1719), writing in the eighteenth century, alleges that the artist’s mental health deteriorated before his death in 1639.

Savery often followed Mannerist artistic conventions with clearly defined planes and a prescribed color scheme of brown, green, and blue, where brown dominates the foreground and blue the background. Following contemporary trends, Savery portrayed many different exotic birds, such as the red macaw on the top left of this painting. In this landscape, Savery also chose to illustrate what, for this period, was an extremely rare animal, the European bison. Here, one bison is chased by dogs while another rests on a rocky cliff. The portrayal of the same animal in different poses suggests that he might have been looking at a live animal for reference, perhaps in one of Rudolf II’s lavish menageries. The exoticism of the animals is further emphasized by the common, yet extraordinarily expressive goat on the right and the stylized trees in the background.