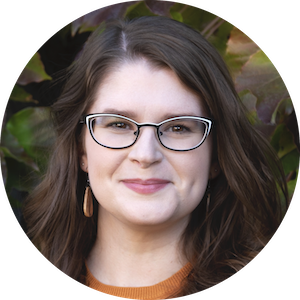 Harry Fenn’s Indian Watching a Ship from Shore, from circa 1870, depicts a solitary Native figure observing the arrival of explorer Henry Hudson to North America. This work was featured in the exhibition, Making History, Justifying Conquest: Depictions of Native Americans in American Book Company Textbooks, on view at the Syracuse University Art Museum from January 16—March 13, 2020. The image is an example of an illustration of First Contact between Native peoples and Europeans published in textbooks by the American Book Company in the late nineteenth and early twentieth centuries. Fenn, and other artists who illustrated First Contact scenes, simplified the historical narratives they depicted, creating striking visions of first encounters that were meant to engage children. These illustrations reinforced racial hierarchies that marginalized Indigenous peoples while presenting a celebratory narrative of colonialism.

In Indian Watching a Ship from Shore, Fenn accentuated the contrast between two different worlds—Native and European—through composition, line, light, and shade. A ship rests on water in front of a bluff that occupies two-thirds of the 11 5/8 x 9 inch illustration. The other third contains a Native figure sitting on an outcropping with trees and branches. The tallest tree in the image acts as a barrier between the man and the ship, clearly separating the two, even as the man’s hand wraps around the tree, breaking this barrier. The Native figure’s back is to the viewer as he focuses on the ship. His body bends into a zigzag shape with his torso creating a line that points toward the vessel, which is framed by trees. His bent knee also directs one’s focus to the ship on the right side of the image. Fenn used dense tangled lines to represent the untamed land on which the Native man stands, while he depicted the European ship gliding through expansive, calm waters using regular, legibly spaced lines. The increased use of shadow and mid-tone colors on the left side of the image sets the Indian and the untamed landscape apart from the clarity of white space on the right. The Native man in his wild setting gazes toward the future as represented by the European ship. The illustration told readers civilization and order were brought to dark, savage lands by white men and their technologies.

Harry Fenn was familiar with using illustration to promote a civilizing mission. He was a well-known landscape illustrator of the nineteenth century, creating landscapes for journals and books that often promoted nationalistic pride and a unified vision of the nation.1 The publishers he worked for held the lofty ambition of civilizing their audiences by publishing volumes that exposed readers to knowledge, writing, and artistic work.2 Fenn applied his previous experience creating landscape illustrations to his work for ABC textbooks, creating art that fit the textbooks’ civilizing mission as visible in Indian Watching a Ship from Shore.

Indian Watching a Ship from Shore displays the hallmarks of Fenn’s landscape illustration style but does so in a modified way to accommodate the clarity required in the textbook narrative. Fenn’s work appealed to publishers because it was considered to be faithful to nature yet also effective in conveying emotion.3 In Indian Watching a Ship from Shore, the landscape rendered is recognizably located at the Palisades along the Hudson River. Other hallmarks of Fenn’s style include a focus on texture and light as well as dramatic vantage points.4 Indian Watching a Ship from Shore includes a more subtle handling of light and shade but does indicate a focus on variations in texture. The composition is also less dramatic than in other works as the viewer is placed at roughly the same level as the figure, and the Palisades act as a stopping point for the space of the background. Fenn’s strong interest in the natural landscape is visible in this illustration, even as he adjusted his style to accommodate a focus on narrative and a perspective that encouraged the viewer to relate to the figure.

Images of First Contact set the tone for the story of U.S. history told in American Book Company textbooks. Illustrations like Indian Watching a Ship from Shore, and the textbook narratives they accompanied influenced how young people understood these stories and their own place within the nation. These illustrations indoctrinated children to understand the ongoing colonial oppression of Native peoples within the U.S. as the natural outcome of a grand history of European and American civilization.

Holy Assemblages of Marble and Wood: Stylites and Dendrites as Cyborg Saints