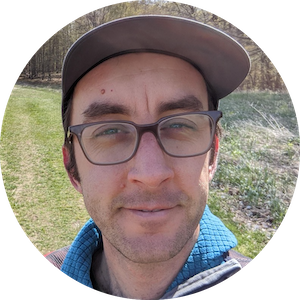 In her essay, “Ruderal ecologies: Rethinking nature, migration, and the urban landscape in Berlin,” Bettina Stoetzer asks us to pay attention to the forms of life and experience that emerge in margins, gaps, and gray zones. “Neither wild nor domesticated,” she writes, “ruderal communities depend on what is known as an ‘edge effect’ and the juxtaposition of contrasting environments in one ecosystem” (297).1 One of the key species that winds its way through her story is that of the tree of heaven (Ailanthus altissima, also known as swingle).

It was with a shock of recognition that I read Stoetzer’s description of the tree of heaven, because it was a tree that I had first encountered during my fieldwork in Istanbul, Turkey.

Istanbul is a city known for its trees. In the writer Ahmet Hamdi Tanpınar’s classic essay about the city, he identifies the cypress (selvi, Cupressus) and the plane tree (çınar, platanus orientalis) as the two trees that have “left a trace in the dreams and lives of Turks.”2 Both are immediately recognizable parts of Istanbul – the dark thin line of cypress trees amidst Istanbul cemeteries, and the spreading leaves of the plane trees in courtyards and parks. There are two plane trees in the courtyard of the mosque of Eyüp Sultan, where I been conducting fieldwork since 2011. There are stories that one of the plane trees grows from the earth where they washed the body of Halid bin Zeyd before reburying in the adjacent tomb. The plane tree in the outer courtyard was once the home of a crippled stork known as Haci Baba. Tanpınar continues, describing the plane trees as having the “air of a grandfather (dede edası)” and as not simply being backdrop for the city’s cultural life but as the actual subjects who instructed later generations.3 His trees, in other words, are not mute objects of contemplation but lively actors who transmit stories across time. Learning from Tanpınar and others, we come to see these trees as parts of Istanbul.

Yet Tanpınar – and no other writers of Istanbul, to my knowledge – never taught us to look for Ailanthus altissima. The tree has been an object of interest for biologists and botanists, who study this “urban tree” to measure the presence of heavy metals that move between air, water, and soil or to follow its spread along the railways that once brought migrants from Anatolia to Istanbul.4 But their work tell us little about how and why the tree grows elsewhere: From cracked sidewalks and broken-down fountains, from parking lots and in cemeteries. Why does Tanpınar – and all of the other writers of Istanbul – never look for this tree? And what do the scientists miss when then focus on the tree solely as a ‘natural’ index of the world?

Here is where Stoetzer’s concept of ‘ruderal ecologies’ is such a useful rubric to make sense of the shifting forms of life in Istanbul. She asks us to consider the work, care, everyday practices, and natures of inhabitation that constitute the lives of cities.5 Taking inspiration from her work, I turn now to several of these trees.

The district of Balat, Istanbul was once one of the centers of the city’s minority life. A mixed neighborhood home to Greeks and Jews, the neighborhood’s character shifted over the course of the 20th century: Pogroms against the city’s Greek populations in 1955, the slow migration of Jews from Turkey to elsewhere, the polluting of the Golden Horn, and the influx of new migrants from Anatolia as the neighborhood fell into a state of disrepair. Beginning in the early 2000s, parts of this district became the center for a new set of discourses around cosmopolitanism, heritage, and Istanbul’s relationship to Europe. Although some rejoiced at the ‘return’ of a cosmopolitan identity to Balat, others pointed out that the district’s reinvention might also require the dispossession of those who came to live in Balat during the 1970s, 80s, and 90s. What would happen to those residents who came to live amongst these complex histories.

Amidst all of this, ailanthus trees grow everywhere in Balat: From boarded-up lots, from the narrow plots of land between houses, from the courtyards of improvised gecekondu, from the edges of sidewalks, and from parks. They thus mark the intersection of many intersecting stories: Migration, dispossession, improvisation, home-making, care, even inattention. In contrast to Tanpınar’s city of cypress and plane trees, the ailanthus asks us to think about other forms of exclusion and marginalization that have made the city.

The stories of these trees involve more than just dispossession and displacement. Consider the vacant lots that dot Meclis-i Mebusan and Kemeraltı Boulevards in the district of Karaköy and Galata, Istanbul. Many of the buildings here were once commercial buildings, workplaces that serviced the docks that lined the shore. As with Balat, some of these buildings may once have been owned by Armenian, Greek, or Jewish families, but they may also be caught in the middle of a slightly different story: That of inheritance law in Turkey. When it is passed from generation to generation, property is usually split between the siblings; on passing to the following generation, it is split again. What emerges is a complex genealogy of ownership in the city, with shares held by later descendants who live distant from each other, if they can be found at all. In the absence of agreement between all invested parties, development projects and real estate transactions can linger for years, if not decades. Even once a building has been taken down, its lot – as perhaps with the one photographed above – might linger. These lots, as Stoetzer suggests, are better understood not as vacant lots but as ruderal ones, sites that both record and reproduce the encounter between family, law, real estate, and ecology.

My grandmother, Muazzez Ege, returned to Istanbul in 2003, after almost five decades of living in the United States of America. As she neared the end of her life, my uncle and aunt spent a great deal of time trying to find where my grandmother’s mother, İhsan Parlakses, had been buried. Because Istanbul’s cemeteries are so crowded, it is often difficult to find a plot unless one can point to an existing family claim. This is especially true in the city’s oldest cemeteries, such as Karacaahmet Cemetery. Eventually, they found my great-grandmother’s plot, tucked a few feet away from one of the main roads through the cemetery and in the shadow of a quince tree. My grandmother passed away in 2014, and I visit her every time I return to the city.

The cemetery, of course, is filled with cypress trees, but it is also home to many other forms of life: The dogs, of course, and crows and pigeons and swallows and gulls winging high above. There are rose bushes and geraniums and fruit trees, but there are also ailanthus that grow among untended graves and in the forgotten corners of the cemetery. Who – both human and otherwise – gets to belong? And how do these forms of life come to transform the world around them?

The ailanthus teaches us many lessons, but perhaps one is this: Despite being almost everywhere in Istanbul, it is very rarely seen. Learning to see it, as I’ve tried to sketch out in this essay, provides one entry into the many stories and the many places that constitute the city of Istanbul.

You Were an Amazement on the Day You Were Born>