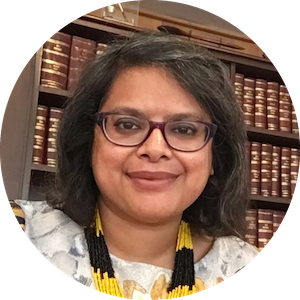 Carved out of dense jungle in the nineteenth and twentieth centuries, tea plantations in India are often located in time-honored animal corridors, their very names resonating with the wildlife long enmeshed with their landscapes: Hathikuli, Baghjan, Baghmari, and Tiger Hill all evoke the tigers, leopards, and elephants whose natural habitats overlapped with their terrains, the embeddedness of animals within their commercial expanse shaping what Edward Said once described as an “imaginative geography,” in this instance a human understanding of space and place in which the conceptual “other” (animals) is positioned relative to “us” (humans).1 Such positionings almost always situate non-human animals as intruders in plantations. Yet as colonial memoirs and photographs reveal, such intrusions were also key to shaping new spaces of performance for British tea planters, while sealing their status as burra sahibs (great masters) within the hierarchies of plantation life (Fig. 1). As Glen Elder, Jennifer Wolch, and Jody Emel point out, animal bodies are key sites for the “protection of national identity and the production of cultural difference.”2

What interests me here is how the tiger, in particular, shaped the optics of power on a tea plantation, revealing in the process the limits and possibilities of human agency in a landscape that remained connected to the forest.3 How did it inscribe the British planter’s authority within the bounded expanse of a plantation where the “entangling claims” made by plants, animals, earth, and water were carefully reorganized, and in some instances, ruthlessly eliminated?4 As the complex ecosystems of the forest gave way to the political ecologies of plantations, planters laid claims to nature as property and to plants as commodities. Manicured and managed, plantations were fundamentally landscapes of commercial production where, as Anna Tsing notes, “[n]ative entanglements, human and not human, must be extinguished; remaking the landscape is a way to get rid of them.”5

On a plantation, “remaking the landscape” was always an ongoing process. At the heart of its reordering strategies was the tea planter who oversaw its management—from the plucking and pruning of tea bushes to ensuring the plantation was free of the distractions and dangers of wildlife. In the colonial era, when animal sightings on plantations were commonplace, the latter proved to be one of the most daunting tasks a planter could undertake. “Let him take his gun,” reflected Lieutenant Colonel Pollok on a planter’s life, “as he is almost sure to see jungle-fowl, pheasants, perhaps deer, and occasionally bears, pig, and more rarely perhaps a tiger, leopard, elephant, bison or buffaloes—and although it is forbidden to shoot elephants in Assam, but little would be said to a planter who killed one on his own estate in defence of his property or life.”6 The only “entanglements” to be prioritized on a plantation were those involving humans and plants (Fig. 2). But fostering the symbiotic relationships those “entanglements” entailed required a certain amount of agility and a keen sense of what belonged, and what did not, on a tea estate. As Antoinette Burton and Renisa Mawani observe, “imperial sovereignty was biopolitical—determining who could live and who must die.”7

It is this binary of the wanted versus the unwanted, of the one who lives versus the one who perishes, that underscores the tensions between the tame and the wild displayed in the cover image of Philip R. H. Longley’s Tea Planter Sahib (1969), a memoir based on the author’s thirty-year-long career in the tea industry in Assam (Fig. 1).8 Here a British planter and an Indian picker appear startled by a tiger on the prowl, the animal intruder taking a turn around a tea bush moments before the sahib raises his gun to take aim. Turning to Michel Foucault’s observation that “[d]iscipline defines each of the relations that the body must have with the object that it manipulates” (the “object” being the rifle), order is imposed on the plantation by a modern instrument wielded with precision and skill.9 Turned into a “body-weapon, body tool, body-machine complex,” the rifle instills the confidence to kill, emboldening the planter to confront the most powerful of predators to cross over into a plantation.10 The intervention transforms a landscape of cultivation into a landscape of violence, a veritable hunting ground where the planter’s ability to remain alive and unscathed asserts his claim to the land as well as to the remains of a dead tiger. Once reconstituted into a wildlife trophy, the tiger will continue to reinscribe the planter’s sole authority on his property.

A conspicuous reminder of the porosity of plantation landscapes, the tiger was ferocious and unpredictable, it’s very sighting in tea-growing areas enough to cause chaos and disarray and bring tea production to a grinding halt. As such, it troubled the contours of Anglo-imperial control over tea country, forcing planters to contend with the scale and the scope of the nonhuman worlds at whose mercy they now found themselves. Eliminating the tiger’s presence was therefore essential for the safety and security of both the planter and the labor force that kept the plantation running. Killing a tiger had other advantages too, for its violent death mirrored the triumph of British masculinity, its corpse bearing the imprints of a skillful hunter’s prowess, while embedding the material traces of the conquered wild into the cultural imaginaries of the plantation. Death therefore emerged as a means of disciplining the land and of creating what Tsing refers to as “islands of scalability [plantations] in an ocean of nonscalable diversity [forest].”11 It liberated the tea plant from the pull of the wild, cordoning it off from the foreign, unwanted, and accidental that encroached upon its surroundings. It settled into the imagination as an agent of discipline and order, thus establishing the planter’s authority through his mastery of modern technologies. Equally importantly, death enabled the planter to deliver a stark reminder to plantation laborers of the violence he was capable of unleashing.12 Britishness, and more specifically, whiteness became synonymous with the dynamics of power that kept nature in check and plantations in order. Drawn into its fold, the tiger emerged a recognizable, if not, awe-inspiring sign of the strategies of fear and punishment that British planters used to govern plantations. Like its surrounding landscape, it too had to be emptied of its wildness, stripped of its agency, and subjugated.

Nowhere was the erasure of wildness more visible than in colonial Assam where vast swathes of jungle were cleared to make room for the earliest plantations in the 1840s, resulting in the widespread decimation of wildlife. Here wild animals continued to be hunted on an unprecedented scale in the 1860s and 70s when cash incentives were handed out for exterminating dangerous beasts.13 By 1931, the Assam Forest Regulation Act had extended the government’s hold on all forest areas, and large tracts of land were given over to agricultural development, leading to a fresh wave of depleting wildlife.14 But the fate of the tiger was not simply determined by these attempts to open up more land for cultivation; it was also directed by the sporting preferences of colonial hunters who discovered that Assam was ideally suited to big-game hunting.15 As the tea industry spread along the banks of the Brahmaputra, the riverine valley emerged a favorite hunting ground for tea planters.16

It is along these vectors of change in the ever-expanding footprint of tea country that I examine wildlife on tea plantations in my book manuscript tentatively titled, Leafy Wonders: Art, Aesthetics, and the Science of Tea in India.17 In it I explore how and why the jungle continues to permeate the plantation, urging us to recognize tea-growing landscapes as capitalist systems inextricably linked with the ecosystems of the forest. Animals are tangible signs of the overlaps and intersections between forest and plantation, their visibility drawing the planter and the laborer into the fold of the jungli (wild), while also challenging and resisting human forays into the animal life-worlds that extend well beyond the forest and into the plantation. In tea country, animals are border-crossers and border-makers that render humanmade boundaries fragile and irrelevant. As such, their animality constructs new notions of territoriality and unique animal intimacies predicated not upon the fixity of landscape, but rather on the fluidity engendered by human-animal encounters, and more broadly, on the patterning of human and animal lives, both separately as well as in tandem with each other.

The Howling Infinite: Moby Dick, Art and the Environment